A downloadable game for Windows

Tetragrammaton is a horror game by Dylan Cassidy. It has a complex story that unfolds as you play as 4 different characters.

A group of teens begin holding séances with a ouija board. They contact the spirit of a 'murder victim' who asks for vengeance.

Years later, a body is found at the house the spirit claimed to be murdered, and the participants of the séance begin searching for answers.

Initially you play as Gertrude, who goes looking for her missing partner August. As she follows his path, she find notes left behind by him, which tell the story of his search for the murder victim's true identity.

As Gertrude and August both descend in pursuit of a mysterious figure, they find themselves being pulled into the unshakable grasp of someone else's darkness.

As you unlock August and other characters, their clashing perspectives and the notes they find will unmask a horrifying truth about their pasts, and their true connection.

Follow the compass to find the exit in each level. The compass appears as a silver coin around the player.

The ending you get is based on your time. Beat the game as quickly as possible to get the best ending, and unlock a new character.

Since you can't attack, it's simply best to run from enemies as much as possible.

- You can sometimes climb up and run "above" the level generation, which has its pros and cons. You can avoid enemies easily this way, but sometimes you'll find yourself "boxed out" from accessing the exit.

- Since it's easier to fall than climb, it's generally a good idea to keep a high altitude and then simply drop down to the exit once you're above it.

- Unlockable characters run faster than Gertrude, but they can't jump as high. This can make navigating the levels much more difficult, as it becomes harder to climb steeper paths. You'll have to be strategic about taking the easiest path for the character, since you may not be able to take the most direct route.

- Certain enemies will destroy blocks in their path, which can sometimes be used to your advantage.

- You can die/reset the level as many times as you want. This will only affect your rank at the end.

The primary inspiration for this game is AMBER: Journeys Beyond, an indie point-and-click adventure from 1996 which explores paranormal technology.

The vibe and atmosphere are heavily inspired by the Silent Hill series, particularly Silent Hill 4: The Room and its antagonist Walter Sullivan. Other inspirations for the story include dark visual novels like Saya no Uta.

In order to download this game you must purchase it at or above the minimum price of $10 USD. You will get access to the following files:

Cool physics, didn't understand much of the plot though. 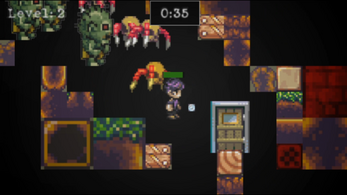 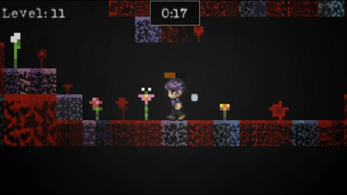 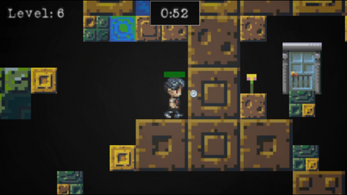 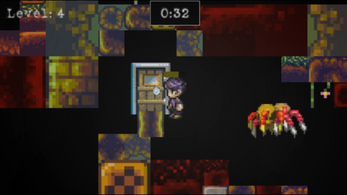 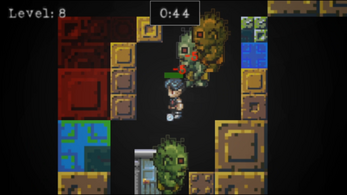 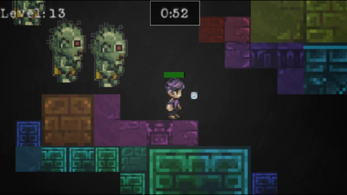 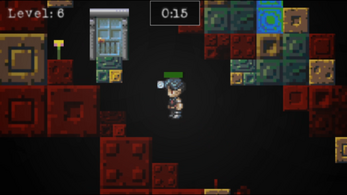 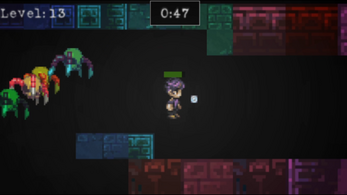 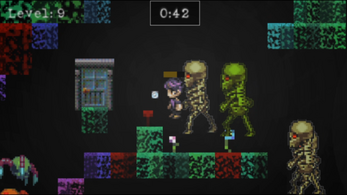 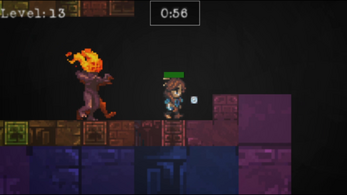